How do I create a group of members with the same rights?

Written by Marijana Kostandinovic
Updated over a week ago

This feature is only available for Swat.io Enterprise plans, you can find detailed information about the pricing HERE.

Through Swat.io it is now possible to create your own teams. Teams define a group of users who will share the same permissions for a set of channels.

The team can be created directly in the general workspace settings:

In this step, the name of the team can be selected. As soon as the team has been created with the appropriate name, the channels as well as the team members can be added to the team in a further step: 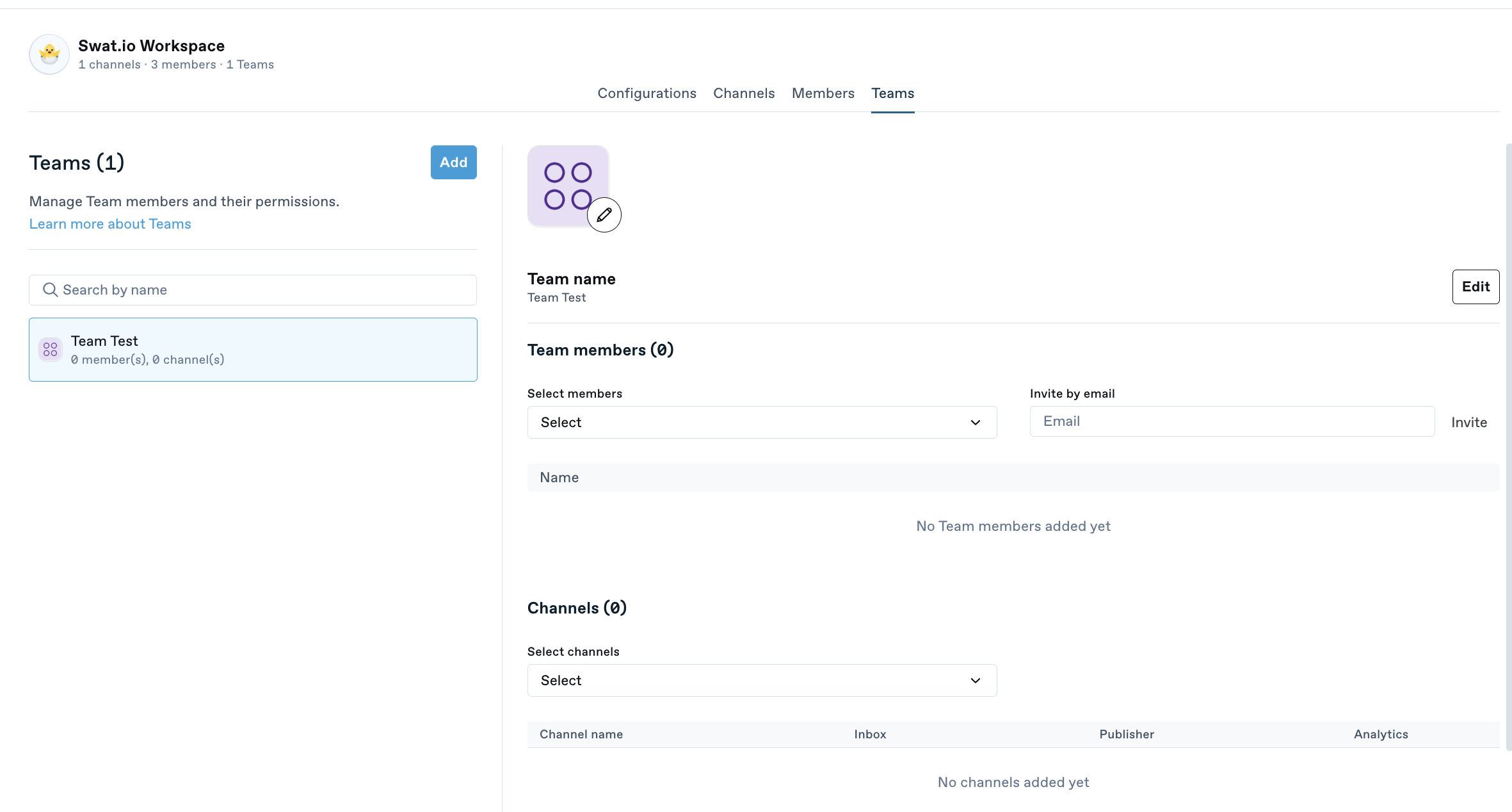 The team members can either be added from existing users or can be invited directly via mail if they do not have an account on Swat.io yet. In a second step you can choose the channel that should be part of this team. 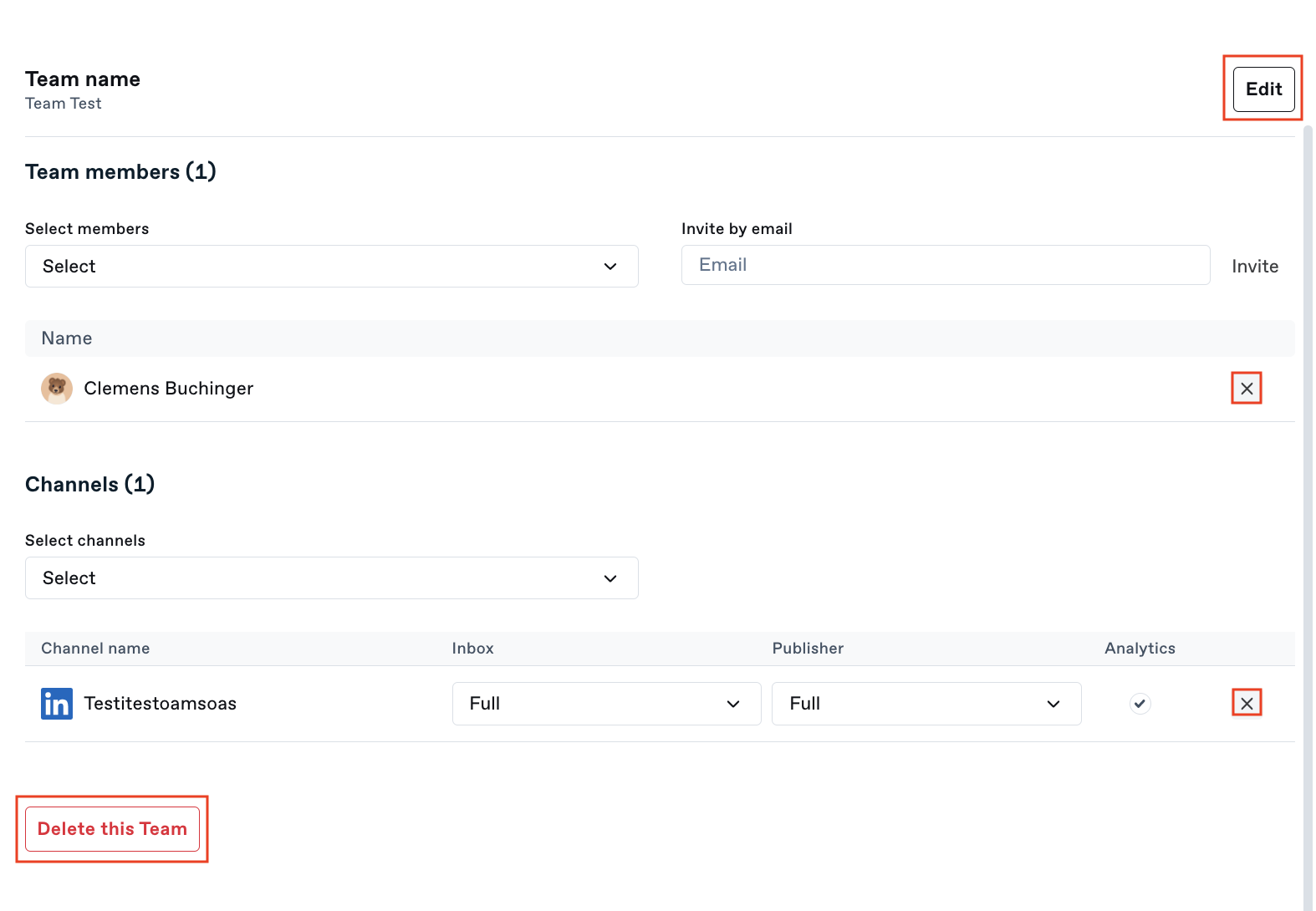 Once at least one channel and one team member have been added, the various user roles for the respective channels can be assigned here: 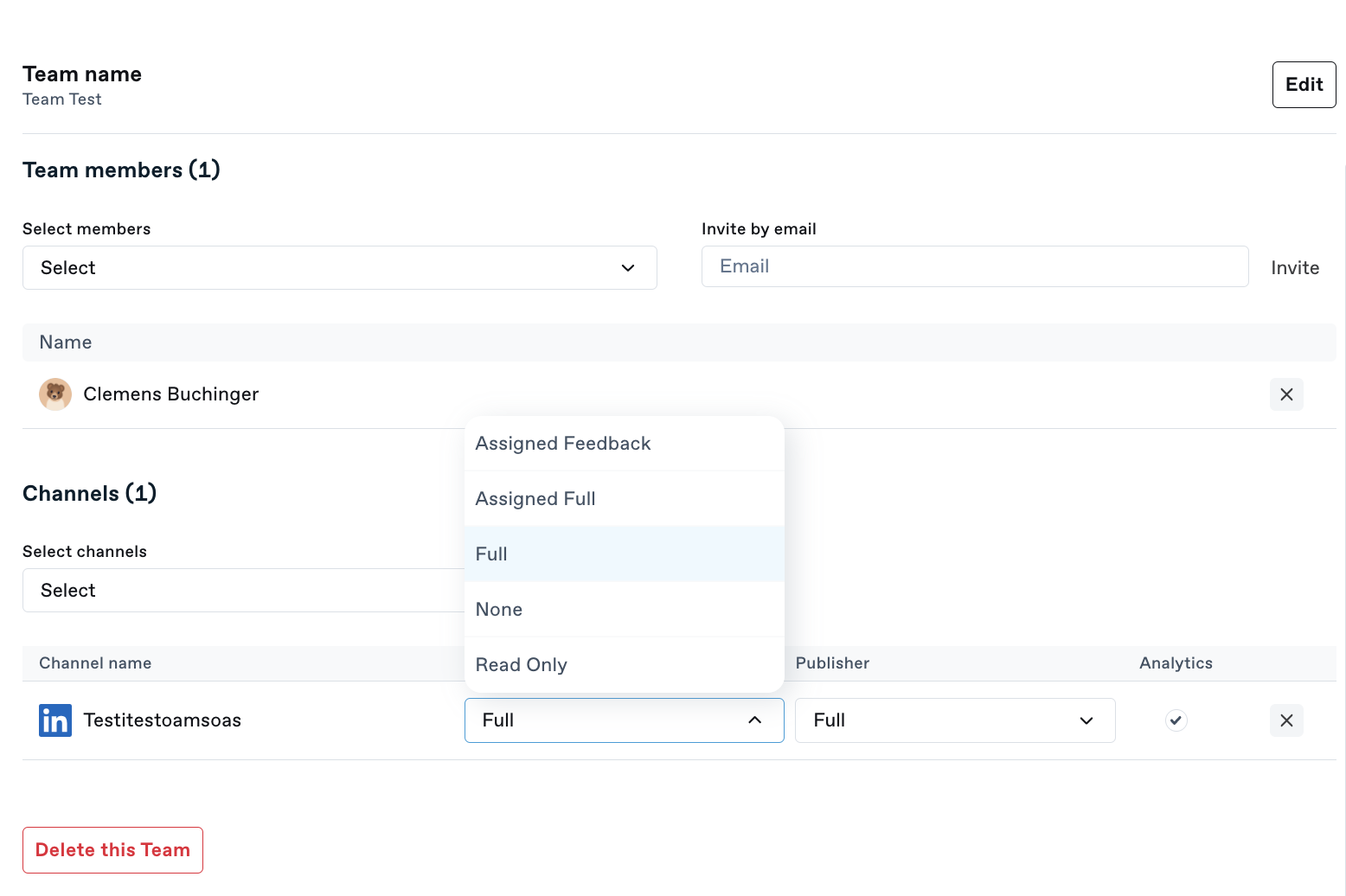 Depending on the channel, certain user roles can be assigned here. You can read more about the differences between the various user roles in this article.

For users who already have a Swat.io account and already have certain permissions for these channels, these are adapted to the user roles on the team level. Thus, the highest permission is automatically applied to the channel permissions of the individual user.

If you have any further questions, don’t hesitate to contact our support team either via chat or via support@swat.io!

Did this answer your question?